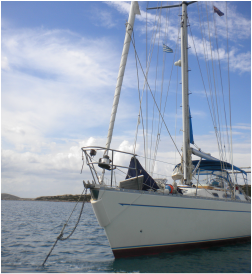 'Pacific Pearl' is an OYSTER 48 LIGHTWAVE  (#17) ..a seaworthy blue water live aboard cruiser.
Built by OYSTER in England in 1991
Architect: Carl Schumacher (Americain)
Length: 14.63 metres
Width:    4.37 metres
Draft:     2.00 metres
There are two double cabins (ours is the stern cabin as you can see on the plan).  The third cabin with bunk beds has been transformed into Bruno's workshop, also used for storage, and is home to my washing machine!!  What bliss!
Separate 'heads' for each cabin, a very spacious galley (for Bruno!) and a large cockpit etc.

The previous owners, Swedish, sailed their solid safe 'Pacific Pearl' around the world, returning to the Med via the Red Sea and Suez Canal, possibly with the last group of yachts before the pirate attacks became too frequent in that area .... now one has the choice to sail back via South Africa, or transfer the yacht by cargo, which is now very much the norm, unfortunately.

After a couple of months of serious looking, we happily found our new boat in the marina at Gruissan, just south of Montpellier in the south of France. Then in January 2010 we installed ourselves at Port Camargue to prepare for our future adventures .......as I write, now end March 2017...how time flies! 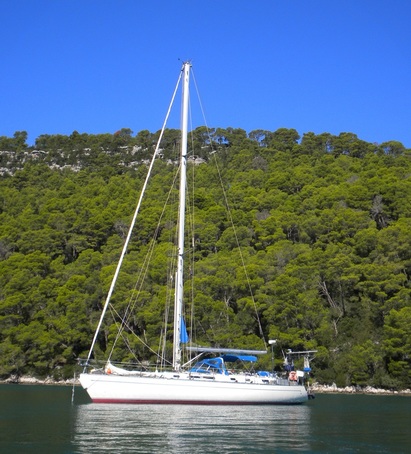 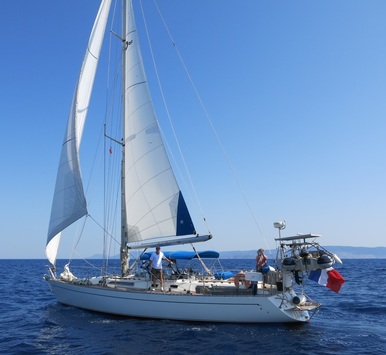 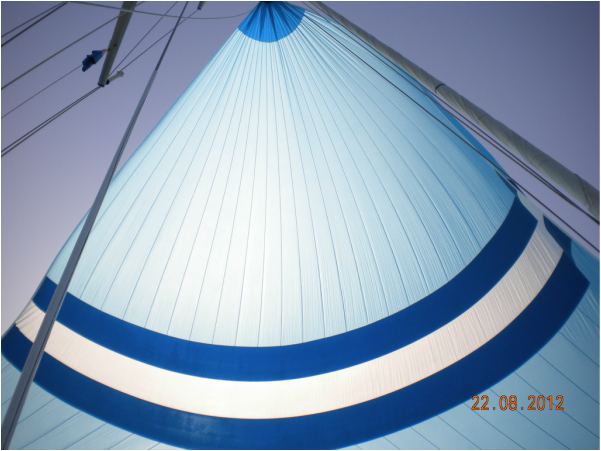